One of the oldest man-made foods

Bread is a staple food prepared from a dough of flour and water, usually by baking. Throughout recorded history it has been a prominent food in large parts of the world and is one of the oldest man-made foods, having been of significant importance since the dawn of agriculture.

Evidence from 30,000 years ago in Europe revealed starch residue on rocks used for pounding plants. It is possible that during this time, starch extract from the roots of plants, such as cattails and ferns, was spread on a flat rock, placed over a fire and cooked into a primitive form of flatbread.

The world's oldest evidence of bread-making has been found in a 14,500 year old Natufian site in Jordan's northeastern desert. By 10,000 BC, with the dawn of the Neolithic age and the spread of agriculture, grains became the mainstay of making bread. Yeast spores are ubiquitous, including on the surface of cereal grains, so any dough left to rest leavens naturally. 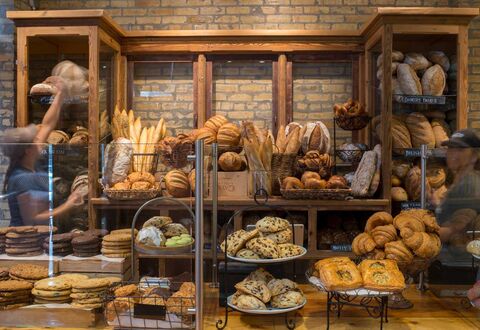