Fresh baked muffins to start your day the right way.

A muffin is an individual-sized, baked product. It can refer to two distinct items, a part-raised flatbread and a cupcake-like quick bread. The flatbread is of British or European derivation, and dates from at least the early 18th century, while the quick bread originated in North America during the 19th century. Both are common worldwide today.

Quick bread muffins are similar to cupcakes in size and cooking methods, the main difference being that cupcakes tend to be sweet desserts using cake batter and which are often topped with sugar icing (American frosting). Muffins are available in both savory varieties, such as cornmeal and cheese muffins (i.e. flatbread muffins), or sweet varieties such as blueberry, chocolate chip, lemon or banana flavors. Flatbread muffins are often eaten as a breakfast food (e.g. as an essential ingredient in Eggs Benedict and most of its variations)., accompanied by coffee or tea. 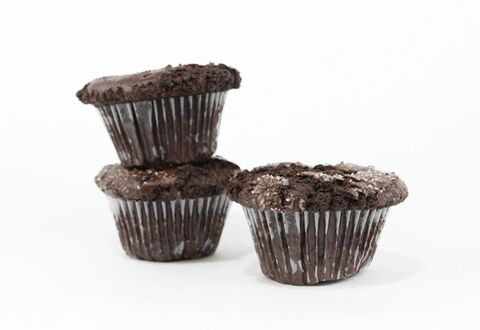